I’m always the most convenient portrait to draw, so I decided to use the shapes of my face to create a portrait that gets lost and found in shapes, lines, and colors.  I used layers, brightness/contrast, and hue/saturation to modify the drawing and original photo.  I altered the opacity of all of the layers in order to blur their lines.  The original photo is not a part of the final drawing.  I created this on Photoshop to make a 11″x14″ 300 dpi print.  I’ll take you through the process:

I decided on this for the final image because there is enough ambiguity to the shapes to make a viewer look twice (I think), but also enough clarity for viewers to piece together a face/person.  I wonder how this would work if I combined two images.  I kind of combined two images, but the second image I decided on (in addition to the portrait) was not based on a reference image.  The sky portion was completely dependant on the shapes of the portrait.  I just used the idea of sky to add lines and layers that would complicate the portrait’s lines enough to create a sense of unity. 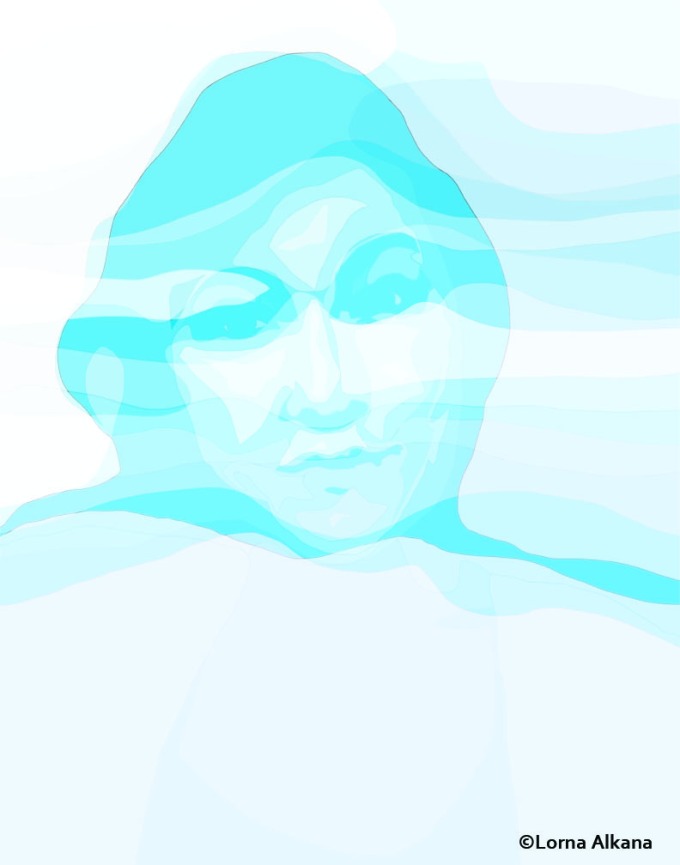 The image below is the same as above, except I changed the brightness/contrast so that the layers are more evident.

I started with the shapes of (and surrounding) the face: 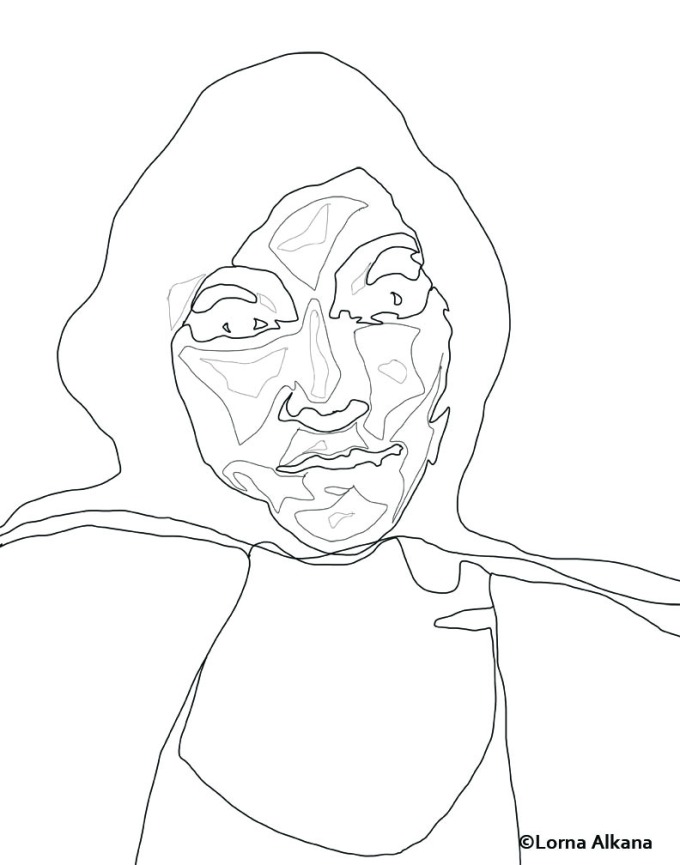 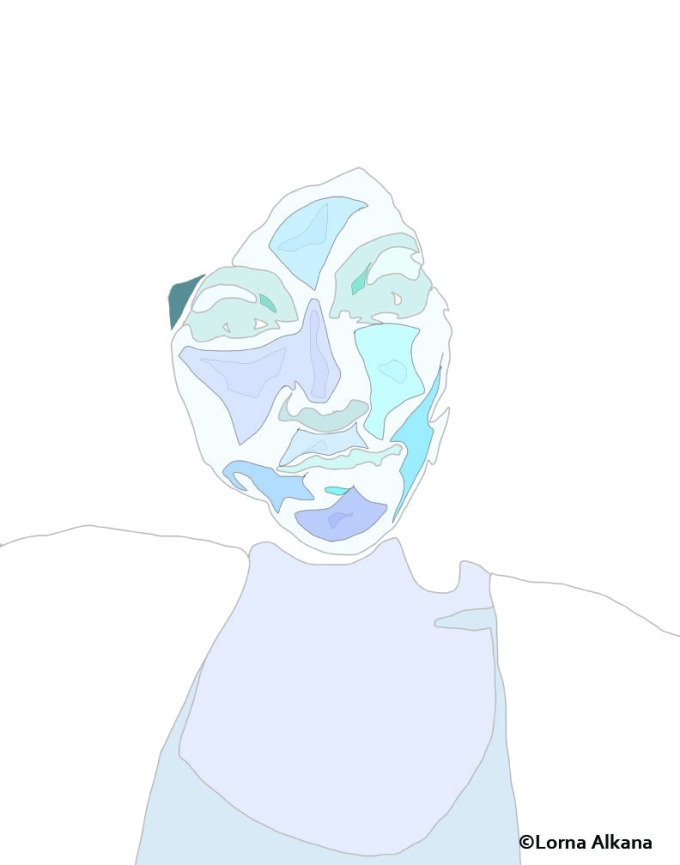 And then I echoed those shapes with background and foreground lines.  They’re simple lines, mostly sweeping from one side of the page to the other: 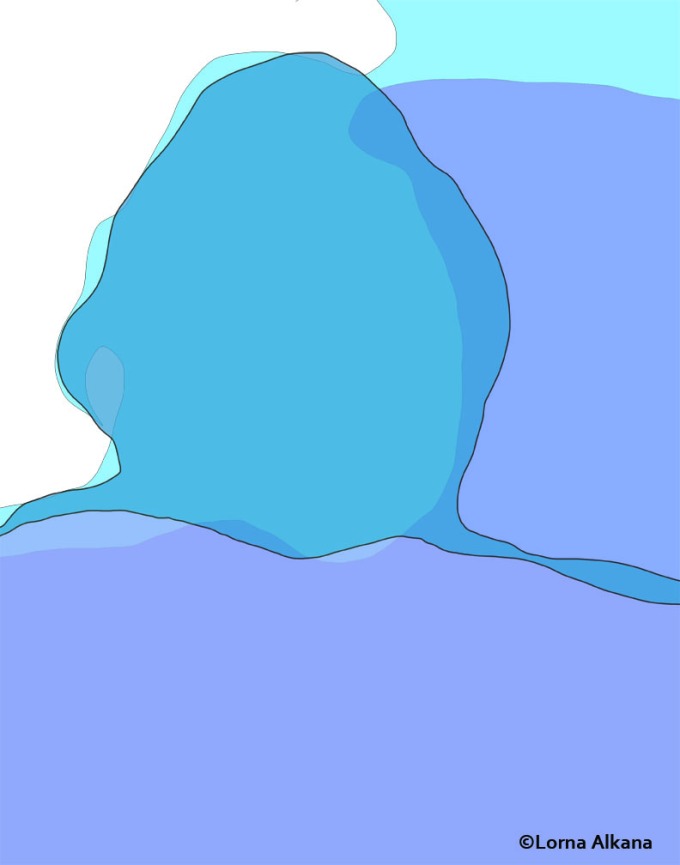 This is where it gets a bit embarrassing, but oh well.  When I decided I wanted to make waves/clouds the pseudo second image, I changed the colors of my face (the hue) to a bluer tone:

The first lines I drew were traces of the positive/negative spaces of brightest/contrast=modified photo:

The below image is a photo that I started with on the computer, but which I had already edited on my phone.  On my phone, I edited the photo for clarity, and then I added a lens that emphasized the different shapes/shades in the face.  Again, this is a bit embarrassing (because I do not find this photo flattering, and I edited the photo so I could draw it, not so others could see it…though I suppose I knew I’d end up posting it here anyway…): 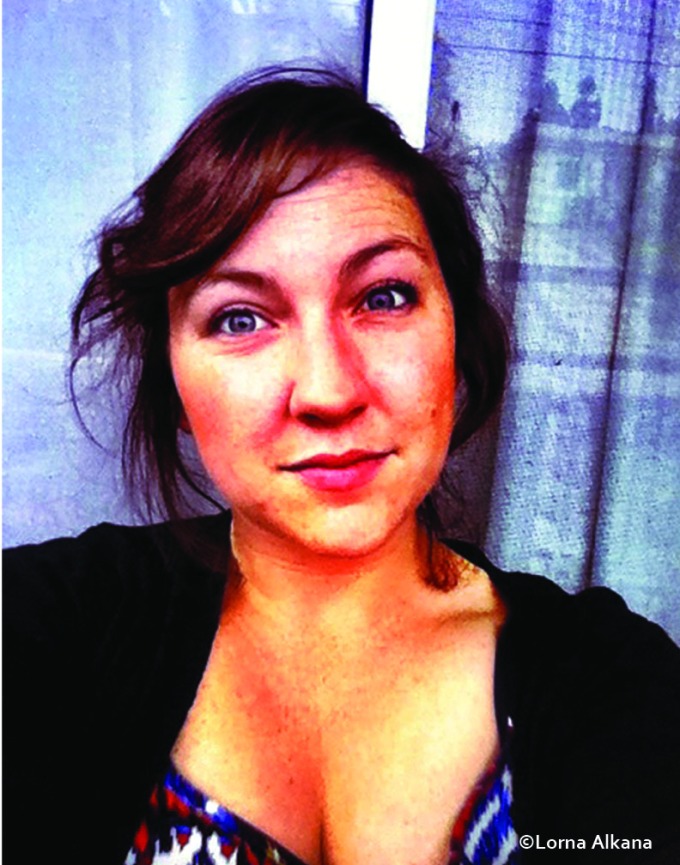 Was this interesting?  Why?  What information did I leave out that you would like to learn more about?  Can I start swearing in my posts?  I deleted so many expletives while revising my explanation to be user-friendly.

Do you like the final image?  Where did I go wrong?

Am I asking too many questions?  🙂