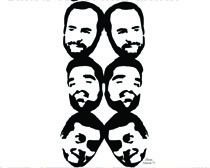 The guys of The Comedy Garage asked me to design a flyer for their shows at Rafa’s Lounge in Echo Park.  I noticed that most of their flyers include their names and pictures (in addition to when/where).  I think that’s a pretty standard comedy flyer convention.

I played around with the spacing here to create a Rorschach effect.

Normally, my blog posts include images that show my process, but since this is text based and pretty simple, I’ll just catch you up quickly:

I drew simple line drawing portraits of each comedian and traced the font to make my own bubble letters.  For the 8.5″x11″ flyer I drew at 200%.  <- Of course the process included a lot of spacing issues and concept readjustment, but it’s no fun explaining those details (especially when I don’t have visual aids to include). 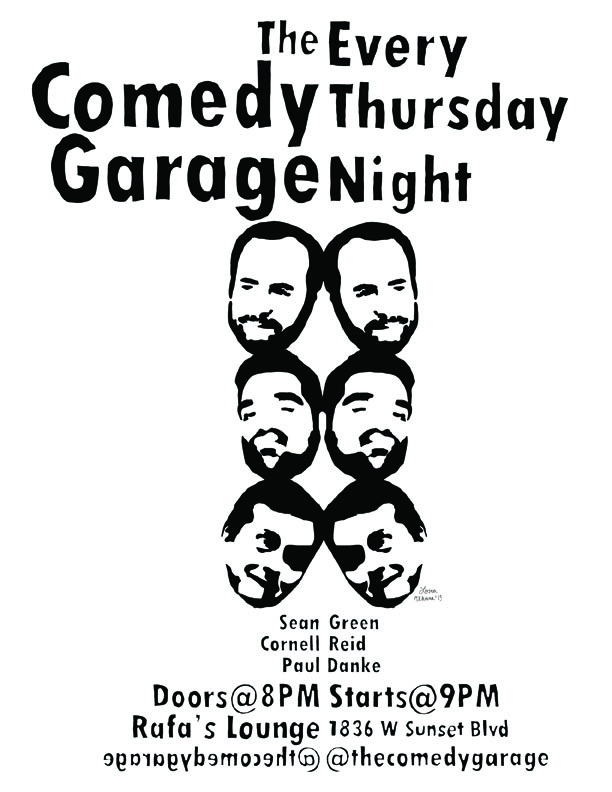