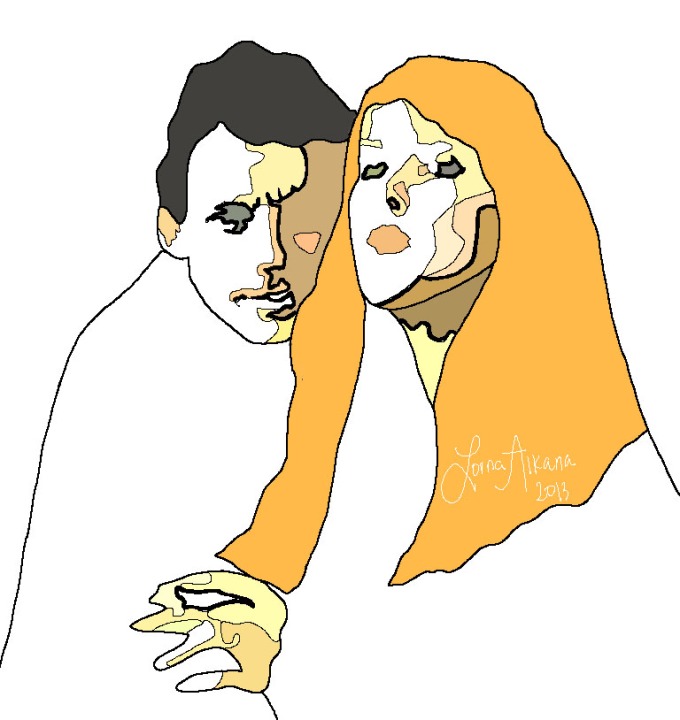 I did some live art on Tuesday at The Echo in Echo Park.  A new art friend of mine, Frank Venadas, curated the art of the event which was a record release/birthday party.  It was great!  I tried out live drawing with a projector attached to my computer.  It was cool to have my process real big for people to see.  Quite the spectacle!  I need to figure out the most entertaining part of my process to enact in such situations.  I ended up drawing a portrait of one of the other artists, Marlon Marinero.  He was such a trooper!  I basically had a close up of his tongue projected for an hour because I wanted to draw a Marlin on Marlon.

Anywho, this is art based off another photo I took that night of the incredibly talented artist and musician Laura Doolin and friend.

I’m just playing around here.  The black and white versions don’t really feel like me, but it’s good to try different styles, I suppose. 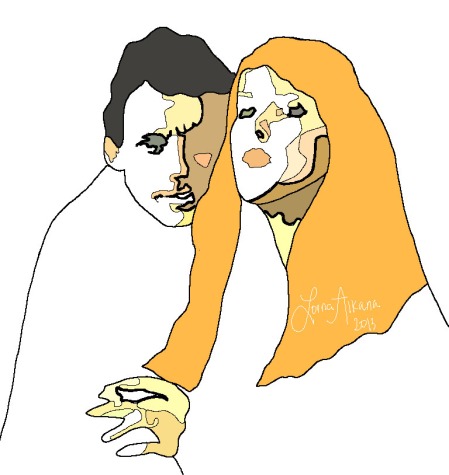 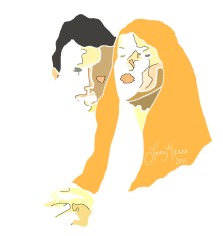 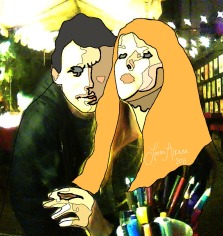 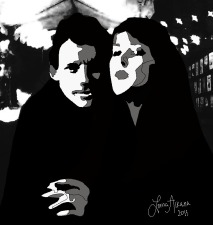 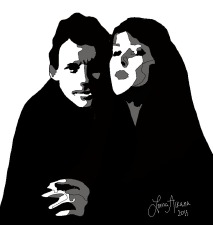 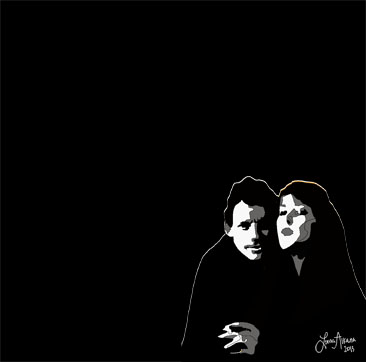